Today I spoke at the Guildhall London about Recipes4Success in relation to the ongoing personalisation development projects taking place across homeless organisations in the UK.

Providence Row Service Manager, Emily Bawtree, invited me to join her on the podium to talk about the journey and benefits of delivering a more personalised service to clients at the Dellow Center, London.

I outlined my role as photography peer mentor at the Dellow Center, what that entails, and how I experience the position. I then went on to explain the Recipes4Success project and recent outcomes at the practical level working with clients.

The warm reception and positive response I received is very encouraging both personally and for all involved. We're heading towards an exhibition later in 2015 to showcase some of the recovery centered artwork and ideas. 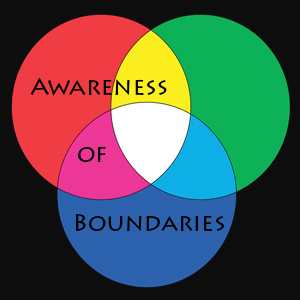 I'd further like to emphasis a key point about the perception of boundaries in the support environment. In practice the distinction between service user, peer mentor, and staff member, can become blurred as people work together and share tasks. Individuals may sense these formal distinctions as overlapping and this needs to be taken into consideration requiring balance, clarity, team support, and mutual respect from all parties. In early days peer mentoring can be a grey area and personalisation, managed with care and sensitivity, is key to success.

The enthusiasm and help I get from Providence Row staff is tremendous and they're a wonderful team to be working with. Some past projects can be found at DavidHolmes.net and here's a couple of recent videos I've made highlighting work at the Dellow Center.

Michael, who has a passion for punk and surrealist art

Today I received three 'Success on a Plate' prototype designs thanks to Providence Row client David B. These are the first contributions for the Recipes4Success art and recovery based community project. The three pieces, two created by David and one by a family member of his, were made at home using readily available materials; in this case two paper plates and four pieces of postcard sized paper taped together to make an A4 sized image. 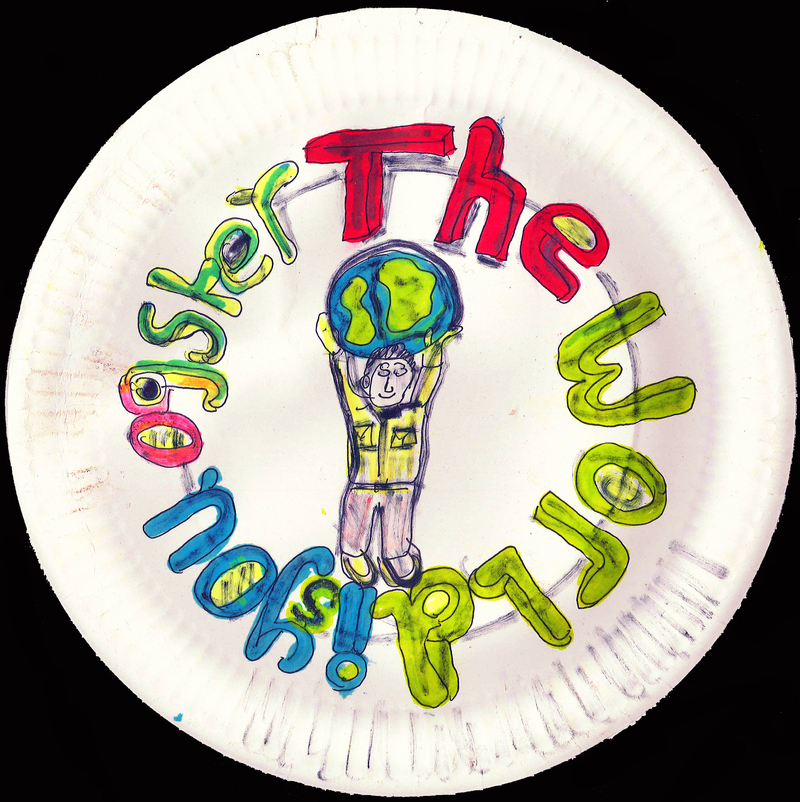 Their hand made designs are a creative response to the question "What does the word success mean to you?"

When I asked David the question his associations and ideas came quickly. Firstly through verbal communication then followed by visual representations. He later went on to create the following titles:

Our aim is to spark an idea and capture any automatic responses quickly by getting them down on paper. Artistic ability isn't important as we're focusing on notions of success rather than technical skills at this point. Initially it's most important to let the creativity flow, refinements can always be made at a later stage.

The process, ideas and creative works may be documented, digitized and stored for safekeeping. The creators retain full control over their intellectual property rights and artworks, any reproductions are made with their full consent.

In David's first image shown above we can see the visual metaphor of 'The weight of the world on my shoulders'. However the smile on the face of the figure holding the globe suggests 'The world is safe in my hands'. The figure literally grasps success with both hands. In David's case he has 'The whole world in his hands" as, in line with his associations, 'The World is his Oyster".

Let's play with this a little more and see if we can tease out some 'hidden' threads and connections. 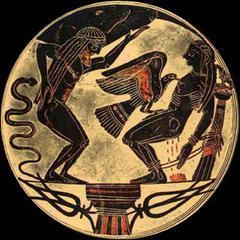 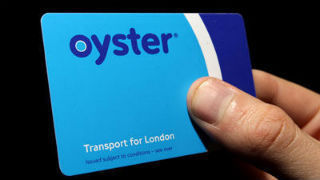 Oyster was conceived and promoted because of the metaphorical implications of security and value in the component meanings of the hard bivalve shell and the concealed pearl, the association of London and the River Thames with oysters, and the well-known travel-related idiom "the world is your oyster"

As Above So Below

Pearls are symbolic of the stars in heaven that sit close to God, the wisest and highest power. The idiom 'Pearls of Wisdom' comes from the book of Job 28:18 from the King James Bible of 1611.

"No mention shall be made of coral, or of pearls: for the price of wisdom is above rubies".

David's vision of the sphere above man as if the world is being offered up echoes this narrative. Wisdom is more desirable than any precious stone, it is something to be reached, it is attained through life experiences.

It's worth noting the parallels between the Oyster card and the international postcard format we use as a central design tool in the Recipes4Success project (A6 size cards). Both are connected with convenience, travel, reading, storage, data, location, portability, etc. 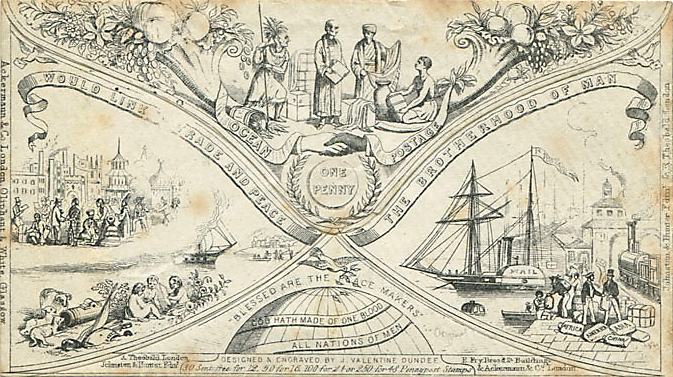 Historically card-type formats have been around a long time and they are now ubiquitous in software applications, especially online where card metaphors make useful interfaces and virtual containers for information. One only has to think of I.D. cards, credit cards, lottery cards, memory cards, key cards, and others to appreciate the usefulness of the word, the small format, and the card metaphor. 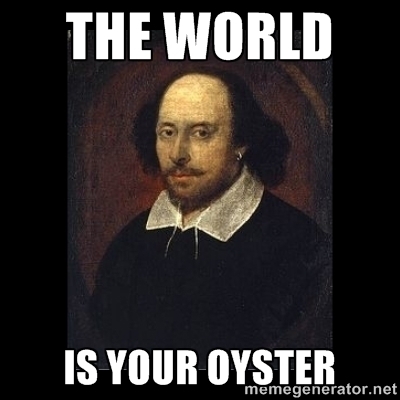 "The world is your oyster" phrase comes from William Shakespeare's, The Merry Wives of Windsor, a comedy play c.1600.

Originally David was unaware of the link between his oyster-globe idea and Shakespeare's world of the Globe Theatre, located on the south bank of London's river Thames.

For Shakespeare and others before him the world and its people are comparable to the stage and it's actors:

"I hold the world but as the world, Gratiano;

A stage where every man must play a part,

And mine a sad one."

(The Merchant of Venice, Act I, Scene I)

See: Wikipedia: All the world's a stage

Ultimately I'm alluding to Jung's idea of the Collective Unconscious and I'm interested in surfacing the deeply embedded idioms and persistent memes we live with on a daily basis. Hopefully the above exploration sheds some light on the way these phrases and symbols are communicated over time. As photographer Andreas Gursky states: "Art should not be delivering a report on reality, but should be looking at what's behind something".

What strikes me as significant are the prominent smiles in two of David's pictures. Also the bold use of circles and the common themes of a safe haven e.g. home and planet Earth. Presented as they are above in triptych form these positive visions of success convey a strong sense of personal freedom and self-determination.

Already from these humble beginnings we can see the fruits of our success. Both David and I feel a sense of satisfaction and this makes us happy. I guess you could say Success Smiles.

A community arts project exploring our notions of success and what it means to be successful. Concept and curation by David Holmes.
Browse the Archive »